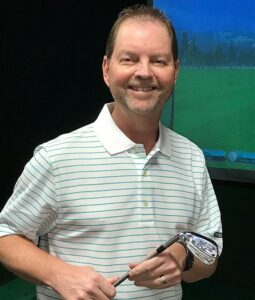 Chris has been a passionate golfer for 50 years and a single-digit handicap player since his high school days.  Chris won the KSHSAA Class 4A state high school championship and went on to play for 4 years at the University of Kansas. Chris started Sticks 96 Golf in 2012.   In addition to golf, Chris enjoys traveling with his wife, spending time on the lake, being a grandpa, and playing with his two dogs. 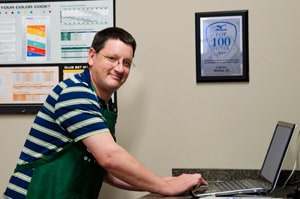 Bruce has 25+ years of experience in the golf industry.  During his career, Bruce spent 5 years as a club professional earning membership in the PGA of America.  Bruce then moved to Mizuno, USA in 1999 where he worked in club fitting and assembly on the consumer tech van and later as a Technician on the Mizuno PGA Tour trailer.  In 2003, Bruce became the Lead Technician on the PGA Tour trailer for Callaway Golf.  During his time on the PGA Tour, Bruce worked on golf equipment for more than 50 major champions and tour players from the PGA, Champions, and LPGA Tours and was honored to work with Hall of Famers players such as Arnold Palmer, Gary Player, Annika Sorenstam, Phil Mickelson, and Ernie Els.  Bruce is a Kansas native and joined Sticks 96 Golf in 2012. 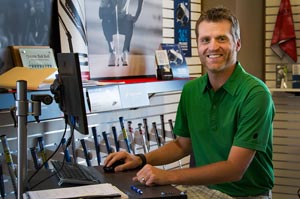 Dan has been a golf professional for the last 13 years working at Wakonda Club and Wichita Country Club.  Dan played college golf at the University of Northern Iowa and Newman University before turning professional in 2008. Dan and his wife are both competitive golfers.  Dan joined Sticks 96 Golf in 2016 as a club fitter and swing instructor.  He enjoys traveling and going to craft breweries.